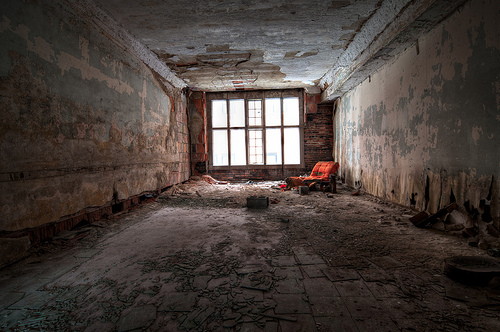 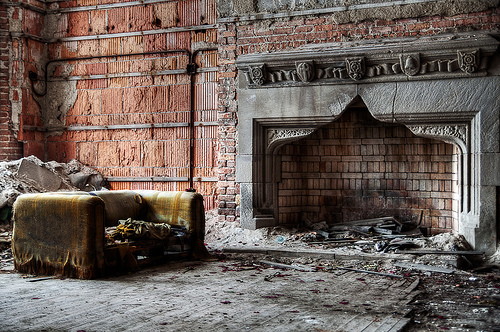 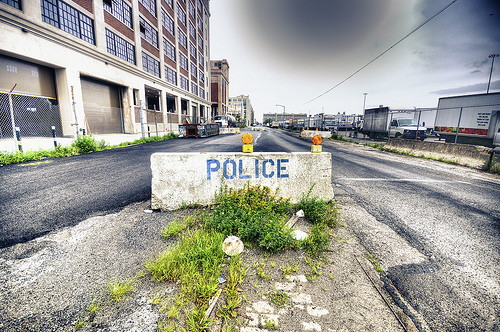 Ubi Rhodes-Malin
It has an arsty kind of look to it Ubi. 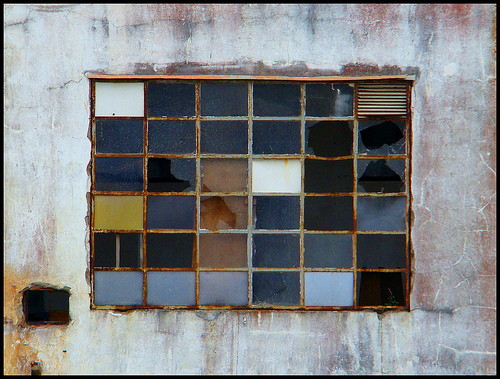 retrogoth
this is a bizarre model village around a pond that has been abandoned and left to rot. 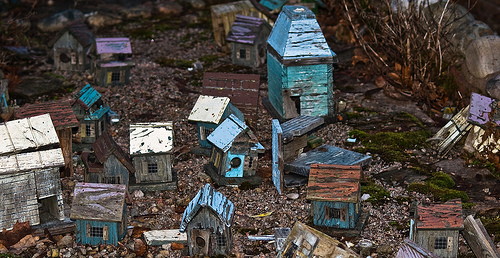 David Giral
This picture was taken from Imperial Lofts roofs on an assignment for Montreal Home Magazine. It’s pretty much untouched except for blending of two exposures for sky and ground. So it makes it a manual HDR 😉 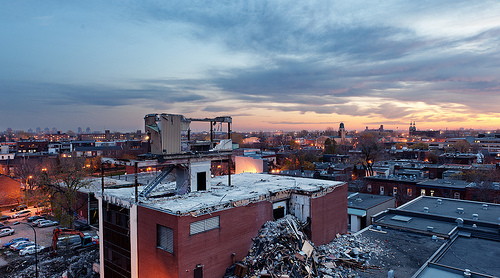 The Pretty Side Of Urban Decay

Cheri Sundra
A vivid imagination and coloring effect combined to produce this shot. 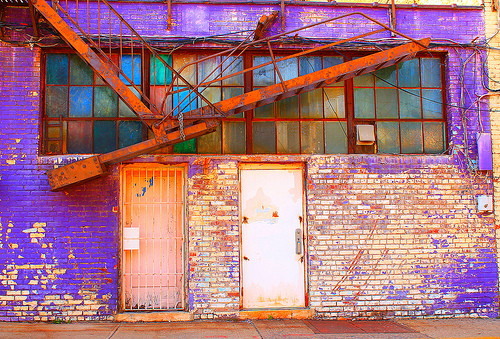 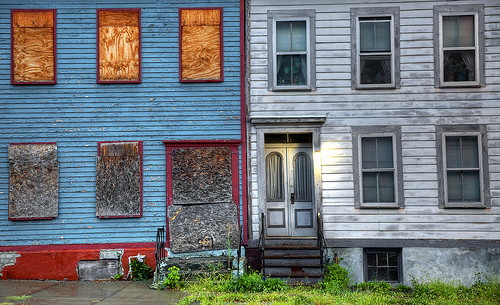 Michael
A decay shot of rail with soft blur. 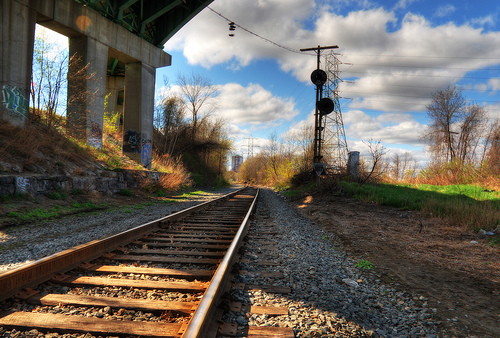 Sue Thompson
So many colors and textures…it is kind of sad to see a place like this, though. 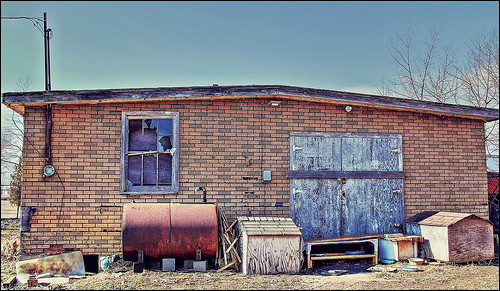 Grant Cameron
An abandoned foyer in an uncompleted multi-storey building on Charoenkrung Road. 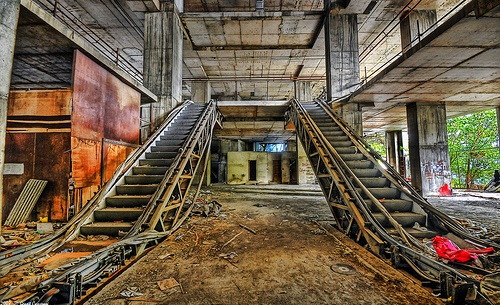 Michael Darga
The picture was taken from the 7th floor of the Lee Plaza Hotel – Detroit, MI. 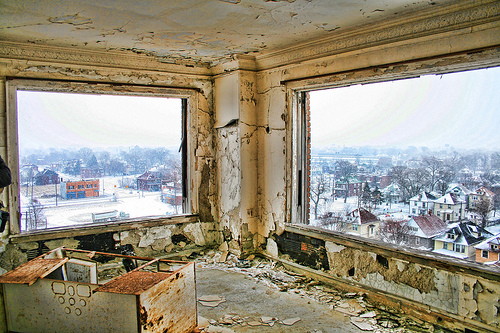 Kamen Todorov
HDR processing is excellent for this factory shot. 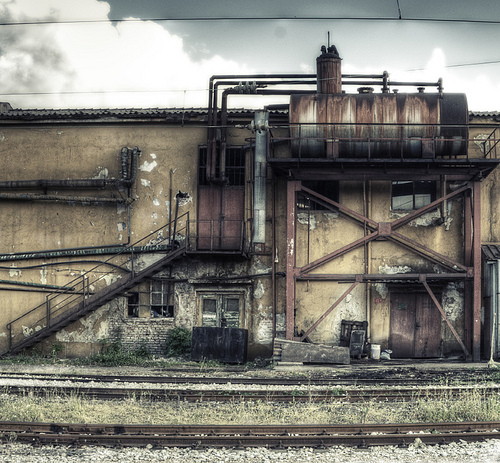 Joey Lax-Salinas
Urban exploration in Gary, Indiana at the City Methodist Church at 6th and Washington in Northwest Indiana. 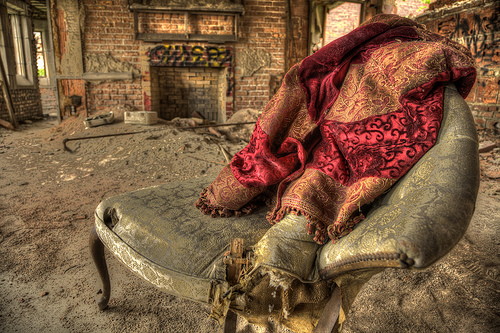 Mike Lodge ARPS
This building has clearly seen better days and it is questionable as to how much longer it will be left standing. 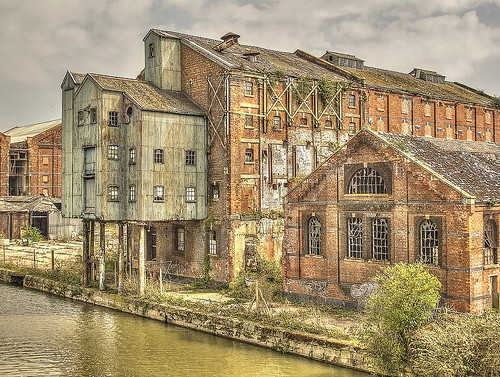 Lorenzo Pasqualis
This building is in Snohomish, WA. It is in the middle of town and it houses a restaurant/bar. 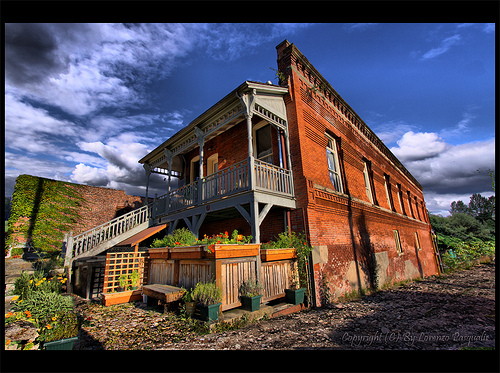 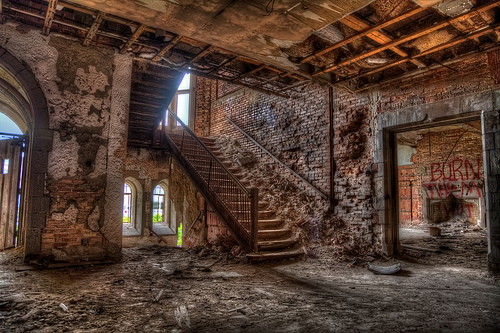 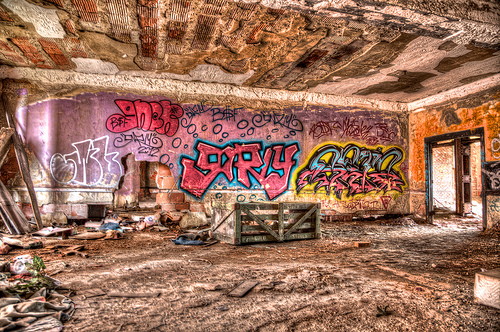 Spike
The grand symbol of Detroit’s urban decay, Michigan Central Depot opened its doors 95 years ago this month. Closed for years, no other Detroit ruin can quite match it for shear magnificence. It was the tallest and busiest train station in the United States when it opened December 16, 1913. 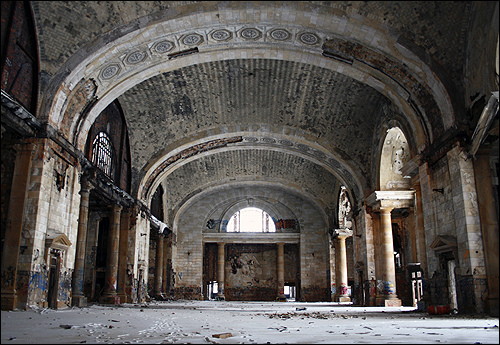 A decaying wharf in Liverpool1

Neil Howard
Take as the Sun was setting. I was amazed that this was a short walk from the “gentrified” areas around the Pier Head. 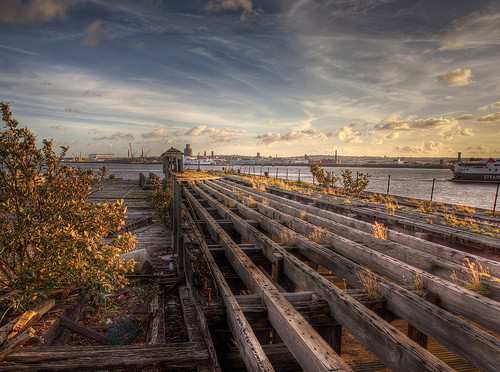 Andrea Pesce
Decay from Rodriquez Cantieri upstream of the railway. 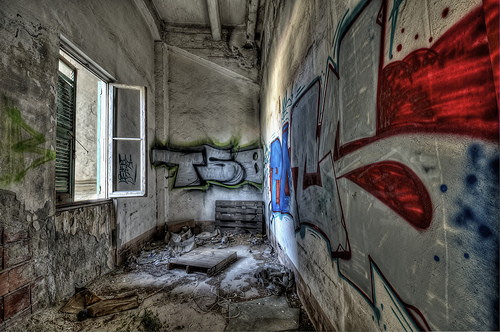 Kimberly Dickinson
A nice metal texture for you. 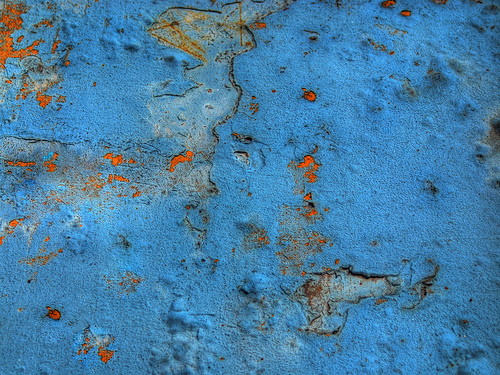 Ben
One of the new industry series explored by Ben. 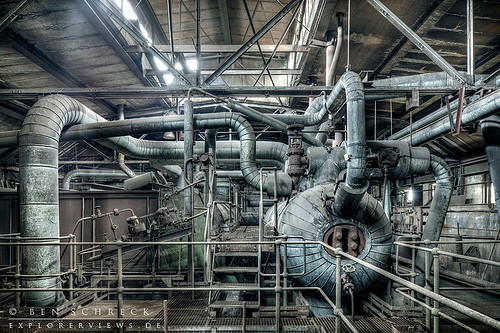 The Tunnels of Angmar 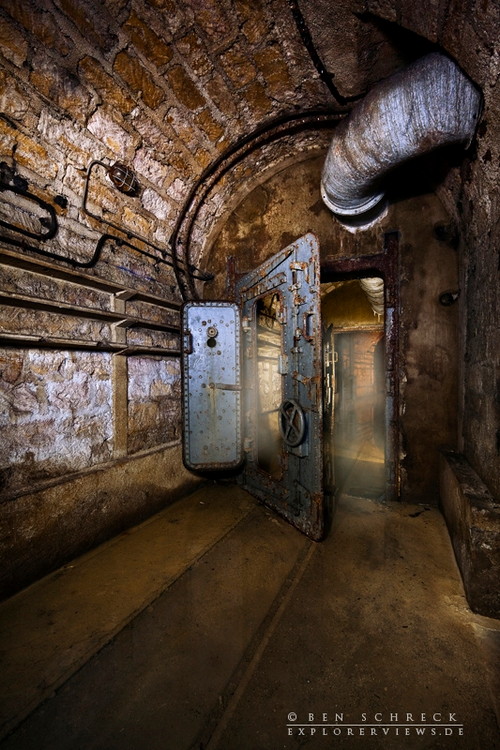 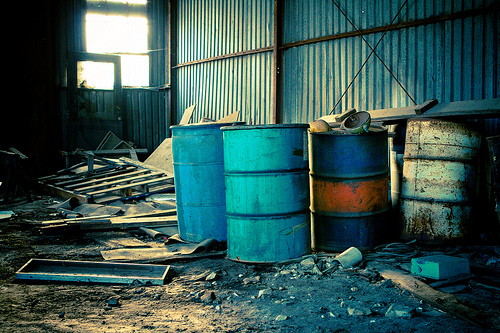 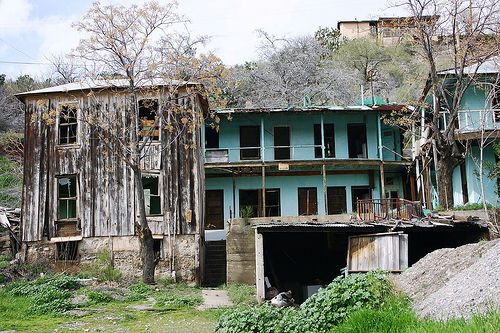 zosoiv71
copper mine  – ruifang district, new taipei city.  It was a copper mine and the pipes vented smoke/fumes over the top of the mountains. 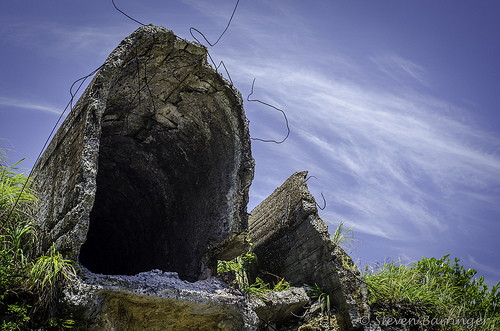 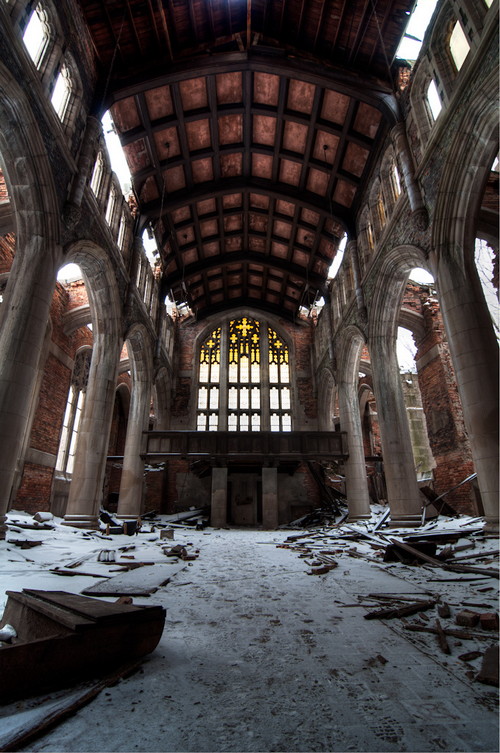