The Department of Ethnography

The Department of Ethnography was created as a separate department within the British Museum in 1946, after 140 years of gradual development from the original Department of Antiquities. If is concerned with the people of Africa, the Americas, Asia, the Pacific and parts of Europe. While this includes complex kingdoms, as in Africa, and ancient empires, such as those of the Americas, the primary focus of attention in the twentieth century has been on small-scale societies. Through its collections, the Department’s specific interest is to document how objects are created and used, and to understand their importance and significance to those who produce them. Such objects can include both the extraordinary and the mundane, the beautiful and the banal. 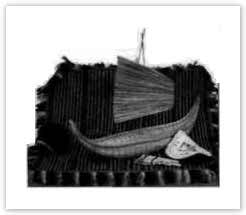 The collections of the Department of Ethnography include approximately 300,000 artifacts, of which about half are the product of the present century. The Department has a vital role to play in providing information on non-Western cultures to visitors and scholars. To this end, the collecting emphasis has often been less on individual objects than on groups of material which allow the display of a broad range of a society’s cultural expressions. Much of the more recent collecting was carried out in the field, sometimes by Museum staff working on general anthropological projects in collaboration with a wide variety of national governments and other institutions. The material collected includes great technical series - for instance, of textiles from Bolivia, Guatemala, Indonesia and areas of West Africa - or of artifact types such as boats. The latter include working examples of coracles from India, reed boars from Lake Titicaca in the Andes, kayaks from the Arctic, and dug-out canoes from several countries. The field assemblages, such as those from the Sudan, Madagascar and Yemen, include a whole range of material culture representative of one people. This might cover the necessities of life of an African herdsman or on Arabian farmer, ritual objects, or even on occasion airport art. Again, a series of acquisitions might represent a decade’s fieldwork documenting social experience as expressed in the varieties of clothing and jewellery styles, tents and camel trappings from various Middle Eastern countries, or in the developing preferences in personal adornment and dress from Papua New Guinea. Particularly interesting are a series of collections which continue to document the evolution of ceremony and of material forms for which the Department already possesses early (if nor the earliest) collections formed after the first contact with Europeans.

The importance of these acquisitions extends beyond the objects themselves. They come to the Museum with documentation of the social context, ideally including photographic records. Such acquisitions have multiple purposes. Most significantly they document for future change. Most people think of the cultures represented in the collection in terms of the absence of advanced technology. In fact, traditional practices draw on a continuing wealth of technological ingenuity. Limited resources and ecological constraints are often overcome by personal skills that would be regarded as exceptional in the West. Of growing interest is the way in which much of what we might see as disposable is, elsewhere, recycled and reused.

With the Independence of much of Asia and Africa after 1945, it was assumed that economic progress would rapidly lead to the disappearance or assimilation of many small-scale societies. Therefore, it was felt that the Museum should acquire materials representing people whose art or material culture, ritual or political structures were on the point of irrevocable change. This attitude altered with the realization that marginal communities can survive and adapt .In spite of partial integration into a notoriously fickle world economy. Since the seventeenth century, with the advent of trading companies exporting manufactured textiles to North America and Asia, the importation of cheap goods has often contributed to the destruction of local skills and indigenous markets. On the one hand modern imported goods may be used in an everyday setting, while on the other hand other traditional objects may still be required for ritually significant events. Within this context trade and exchange attitudes are inverted. What are utilitarian objects to a Westerner may be prized objects in other cultures - when transformed by local ingenuity - principally for aesthetic value. In the some way, the West imports goods from other peoples and in certain circumstances categories them as ‘art’.

Collections act as an ever-expanding database, nor merely for scholars and anthropologists, bur for people involved in a whole range of educational and artistic purposes. These include schools and universities as well as colleges of art and design. The provision of information about non-Western aesthetics and techniques, not just for designers and artists but for all visitors, is a growing responsibility for a Department whose own context is an increasingly multicultural European society.

Questions 1-6
Do the following statements agree with the information given in Reading Passage 119?
In boxes 1-6 on your answer sheet write

1  The twentieth-century collections come mainly from mainstream societies such as the US and Europe.
2  The Department of Ethnography focuses mainly on modern societies.
3  The Department concentrates on collecting single unrelated objects of great value.
4  The textile collection of the Department of Ethnography is the largest in the world.
5  Traditional societies are highly inventive in terms of technology.
6  Many small-scale societies have survived and adapted in spite of predictions to the contrary.

Write the appropriate letters in boxes 7-12 on your answer sheet. NB You may use any collection type more than once.